Lately I have had many chats with people about life, and death.  We have talked about people who we have known, and the impact that they have had on others in their lives.We have also talked about dealing with death, the death of friends, in addition to our own.Today, November 20th 2017, marks one year since my friend Colin passed away from Cancer, in that year I have lost a number of other people close to me.  Maternal grandmother, long time family friend Trav, just over a month ago, high school friend, best man at my wedding – Devin,  and last week a friend who was my Maintenance Chief in 2005, Owen, forced Cancer to accept a tie –  just to name the closest ones.

I think I have had enough death in my life these past 12 months.

As a member of the Canadian Armed Forces, I feel that I have been conditioned for the concept of death and dying more than many of my civilian friends.  We are talked to on a regular basis about wills, and paperwork to identify beneficiaries, next of kin, family care plans – etc.  There is even training for members to assist the widows/widowers in the event of the death of a service member.  I have had that training, and it helps you understand the maze of issues that happen after someone passes.  It was specific to military members, but the training helps prepare you to understand the role that all the different pieces have in the shattered puzzle of people’s lives after something dramatic happens.Annually, the military has me review all these items and acknowledge my situation.  If they don’t have a copy of my will, they have a note on file that says where it is.  It keeps the names/addresses of the people to notify in case something happens.This has made me address a big part of the paperwork headache that would be on my wife’s mind in case something happened.  It forced me to think about these things, and make sure her name was in the right spots to prevent any problems with receiving benefits etc.I lost friends in the military early in my career – suicide in Quebec within months, car crash on Vancouver Island the next year, then shortly after I started my flying career – 2 Squadron members were killed in a crash.  Through the 90s, in our Sea King community, we really developed a dark, somewhat morbid, sense of humour that wasn’t appreciated everywhere.  These were the days when the Sea King replacement had been cancelled and we had an uncertain future.

Being a Cancer patient has also made me reflect on the concept of dying, and an uncertain future.  When I moved to Edmonton, most of the people I started to meet were through Cancer.  Most notable was Colin, who shared the same warped sense of humour that I had.  His father being military (I actually met him when I was in Afghanistan) probably had much to do with Colin growing up being familiar with the military sense of humour, including the ability for dark humour – which we shared over lunch/beer, making light of cancer jokes, and where various scopes, cameras and other things poked into us.

In the last month, I have come to realize – my paperwork might not be as much in order as I think.  Helping out with Devin’s affairs, I realized that there are still many ways that things can be made easier.

I need to re-write my will, not because I need to change who the beneficiary is, or any special requests……..Devin was my executor.

In talking to a few friends since all this happened, I am realizing the challenges that some people would have – and I know that I have asked some friends uncomfortable questions about their situation.  I openly ask if they have a will, who has their name the various cars, and house are in(joint or not).  I ask if they have life insured loans.  I ask if people have their wishes known.  Some of these answers are not pleasant for them, as they realize that many things are not going to be as easy as they might have thought, and the impacts could be even more catastropic than just the loss of a parent, spouse, or friend.

One of the groups that follow on social media recently posted an infographic about how death assign grief (I am taking my own interpretation on it), and the one thing that I take away from it is this:Don’t you want those that are dealing with your affairs after you pass to have the easiest path possible?

I know that I have only touched the surface on this difficult topic, but it is something that has really slapped me in the face recently, so I need to ask – are your affairs in order if something happens to you? don’t just assume what will happen – KNOW IT, and have it dealt with.

we shall talk again soon. 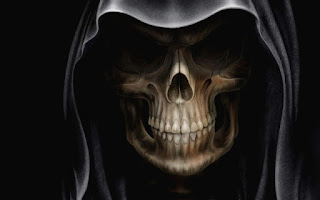